THE BIG IDEA: Routinely ask these questions to keep your team enthusiastic, committed, and confident in achieving a shared vision.

Great leaders know that everyone wants to be a part of creating the vision. Keep your team involved and motivated by asking these three questions. 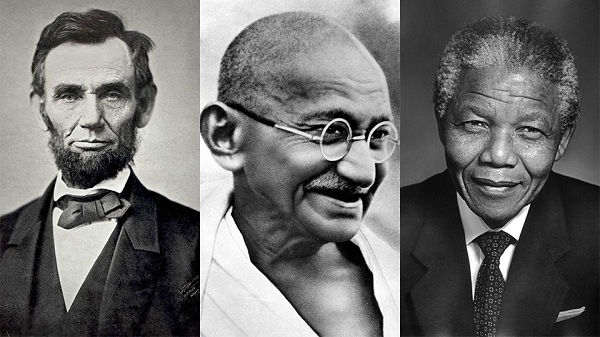 You don’t have to wait for the annual review to check in with your team. Asking “How are things going?” is an excellent way to keep staff engaged and working together. Inquiring about their task at hand, their progress on a project, or about their career path. Frequent in-the-moment feedback will help everyone know their contributions are critical to achieving the vision.

Drucker’s quote is a great reminder that a leader’s role is to help their staff succeed.

Help your team dig deeper by asking them what they think. Being a leader is not about having all the right answers. Leadership is about facilitating others to find a solution.

Try to reach out to all your staff, not just outspoken team members. Everyone has an idea of how to achieve the vision. Listen and share those ideas with all your team members. You will be surprised how team members can inspire each other.

“Life’s most persistent and urgent question is, ‘What are you doing for others?’” – Martin Luther King Jr.

King’s famous quote is correct in every aspect of life. Don’t wait for issues to come to you. Ask those around you how you can lend a hand. Then, follow through with action: make sure tasks are done, work side-by-side with your staff, and become their biggest cheerleader—especially when big projects are due.

When you care about your staff and their contributions, they will reward you with a genuine effort in making the vision a reality.

How well does your business embody your brand?

It’s hard to find a better example of a person that intrinsically understood their business and did everything in their ability to keep all aspects of the business on brand than Stanley Marcus.

And, perhaps no story illustrates his deep understanding of the Neiman Marcus business more than an encounter he had with a merchandise manager concerning milk and dark chocolates:

Merchandise Manager: “This is what the public wants. What right do we have to tell them to eat dark chocolate?”

Stanley Marcus: “Milk chocolate is a yokel taste. Chocolate-educated customers will be turned off by seeing so much milk chocolate and we will lose their trade. I’d rather satisfy them than the yokels, if it comes to choosing up sides, but I think we can please both by simply reversing the percentages between the two kinds of chocolate. It’s our job to educate our customers as well as in sell them.”

The merchandise manager made the change and, over time, their customers made the change to dark chocolate. Stanley Marcus goes on to explain:  “What the buyer and the merchandise manager had not understood was that our reputation would be endangered when our customers sent Christmas gifts of milk chocolate to sophisticated friends around the country. Both the sender and the store would be blamed; so, in the long run, we did a service for the customer as well as the store.”

Without having such an intrinsic understanding of the brand should be in its ideal form, Stanley Marcus could have easily made the wrong decision for the brand.

And, that’s exactly what happened with Harley-Davidson.

When Harley threw their 100th Anniversary party on August 31, 2003, an energetic crowd quickly became silent: Elton John was revealed as the surprise headliner to close out the celebration. The crowd quickly thinned out, with many passionate Brand Lovers leaving the celebration behind.

The Harley executives saw Elton John as a major act and thought a raucous applause would meet his surprise appearance. And, many of the people in attendance may have loved to see Elton John under other circumstances. But, Elton John runs far off the Harley brand and under those circumstances prevented the die-hard Harley fans from living out their dreams.

We’ve covered Harley extensively and have praised many of their initiatives and business practices. The disastrous close to the 100th anniversary shows how easy it is for a brand that gets it right more than most to stray from the brand if there isn’t a person or system to make sure everything is always on brand.

What are you doing to make sure all aspects of your business are on brand?